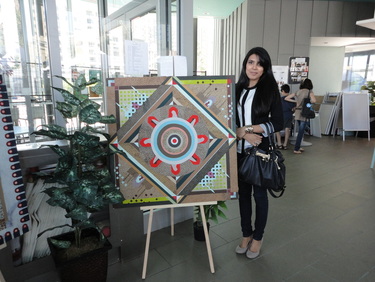 Growing up in a family with three girls, our cultural and religious views upon marriage have always been a strong factor. Now I am twenty-four years old, my middle sister is twenty-two and our youngest sister is almost nineteen years old. You would think that being born and raised in Canada for our entire lives, we would have modernized our beliefs and practices. We have not. The Pakistani culture, specifically the women, love to gossip about their daughters as well as others’ daughters and so forth.
Our lives are depicted by the ‘wheels of fortune’, just like that game show.
Here we are given options with the special proposal opportunities from the
educated and religious type to the good looking, well balanced modern type. Life is literally a game show, which guides us on our adventures seeking for the perfect spouse, the best opportunity. I have used silhouettes of cultural buildings, arches and women and men with a Mughal-colour theme. Henna is used as a symbol of marriage as well as used in areas to play with texture. 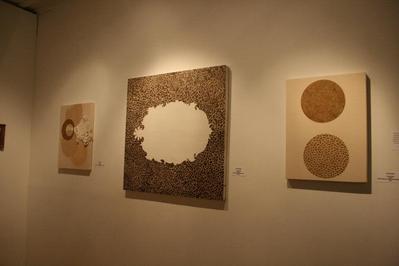 As we fill this world with toxic chemicals and conspire against one another, we disclaim ourselves as humans and transform into weapons of destruction. ‘Fill Me’ has been made to critique human behavior in situations of greed. Using sustainable materials, the viewer appreciates the resources one has left lying around in their surroundings. The drawing of henna patterns is used in the same manner as we crave for technological advancement, monetary assets, consumer goods and such. It is always growing. We are always wanting more. As humans living in a society highly influenced by technology, we should build barriers on consumption and work within these frames to survive.

“Earth provides enough to satisfy every man’s needs, but not every man’s greed.
- Mahatma Gandhi. 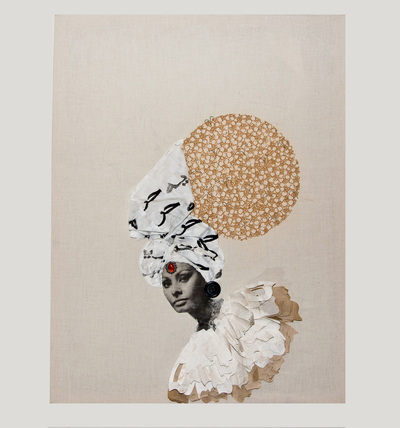 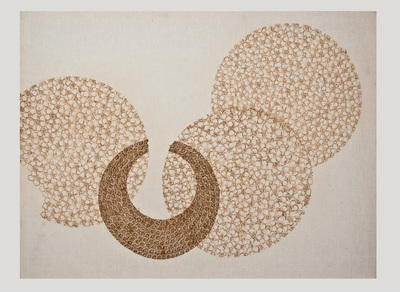 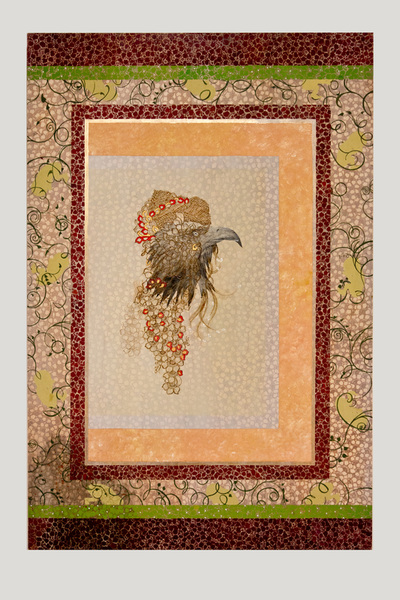 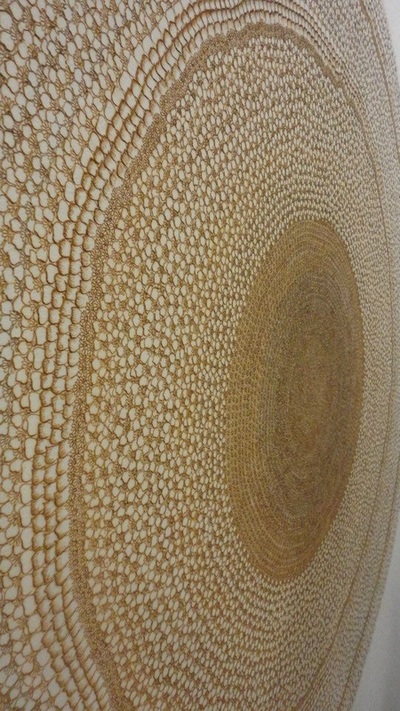 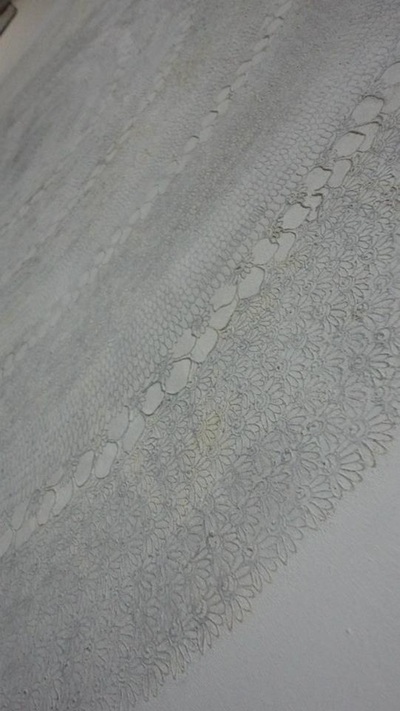 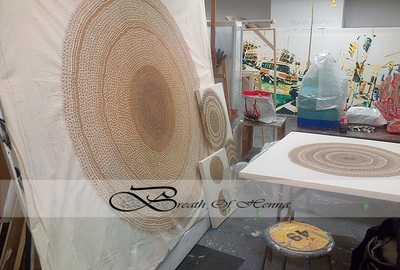 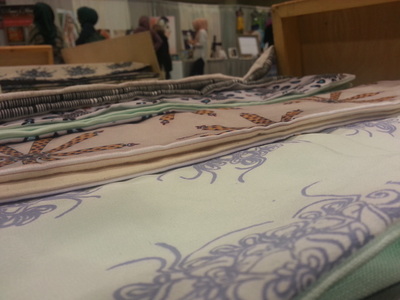 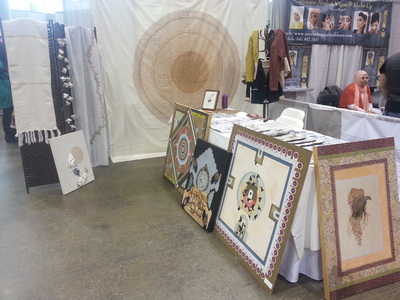 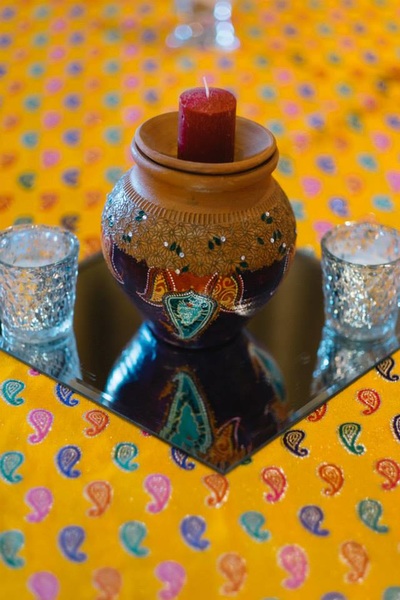